This section of the website is currently under construction. You are welcome to look around and click on links, but please know I am working on cleaning it up. Don’t slip.

Education that derives from the self-chosen activities and life experiences of the person being educated.

Education can be defined broadly in a number of ways. A useful definition for our purposes is this: Education is the sum of everything a person learns that enables that person to live a satisfying and meaningful life. This includes the kinds of things that people everywhere more or less need to learn, such as how to walk upright, how to speak their native language, how to get along with others, how to regulate their emotions, how to make plans and follow through on them, and how to think critically and make good decisions.

It also includes some culture-specific skills, such as, in our culture, how to read, how to calculate with numbers, how to use computers, maybe how to drive a car—the things that most people feel they need to know in order to live the kind of life they want to live in the culture in which they are growing up.

But much of education, for any individual, entails sets of skills and knowledge that may differ sharply from person to person, even within a given culture. As each person’s concept of “a satisfying and meaningful life” is unique, each person’s education is unique. Society benefits from such diversity.

Given this definition of education, self-directed education is education that derives from the self-chosen activities and life experiences of the person becoming educated, whether or not those activities were chosen deliberately for the purpose of education.

Self-directed education can be contrasted to imposed schooling, which is forced upon individuals, regardless of their desire for it, and is motivated by systems of rewards and punishments, as occurs in conventional schools. Imposed schooling is generally aimed at enhancing conformity rather than uniqueness, and it operates by suppressing, rather than nurturing, the natural drives of curiosity, playfulness, and sociability.

Finally, then, Self-Directed Education (capitalized) refers to the educational route of school-aged children whose families have chosen not to enroll them in imposed schooling, but, instead, allow the children to take charge of all of their education. More specifically, these are families that have enrolled their children in schools that support young people’s pursuits of their own interests and do not impose a curriculum or who homeschool their children by the method commonly called unschooling, where the children pursue their own interests rather than an imposed curriculum. This final distinction is between “SDE” as an alternative to conventional schooling, and “sde” that may happen outside of school, even for people in conventional schooling.

Exploring Unschooling
Life Without School
The Unschool Files
Stories of an Unschooling Family
Fare of the Free Child
Honey, I'm Homeschooling The Kids
Use Your Outside Voice 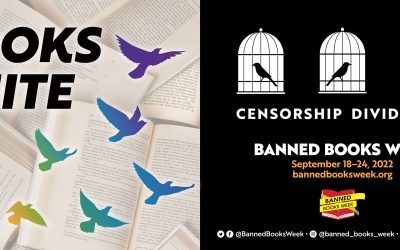 This week is Banned Books week!

This week is Banned Books week!. Locally, the Library is celebrating. In fact, that is why I am writing this. My son pointed out the banned book display in the front of the library. He asked me if "Fahrenheit 451" was an actual banned book, or was it in the display...

END_OF_DOCUMENT_TOKEN_TO_BE_REPLACED 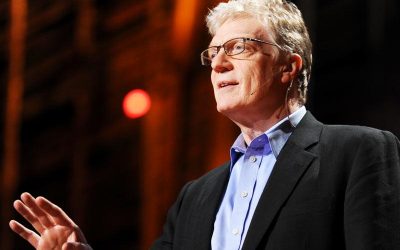 Sir Ken Robinson makes an entertaining and profoundly moving case for creating an education system that nurtures (rather than undermines) creativity.

END_OF_DOCUMENT_TOKEN_TO_BE_REPLACED

Sir Ken Robinson makes an entertaining and profoundly moving case for creating an education system that nurtures (rather than undermines) creativity.

In his talk “The Failure Of Success”, Dr. George Land gives us a brief history of human innovation and talks about the importance of creativity.

Indian education scientist Sugata Mitra. In a series of real-life experiments from New Delhi to South Africa to Italy, he gavennnnn]kids self-supervised access to the web and saw results that could revolutionize how we think about teaching.

In this poignant, funny follow-up to his fabled 2006 talk, Sir Ken Robinson makes the case for a radical shift from standardized schools to personalized learning — creating conditions where kids’ natural talents can flourish.

In this engaging talk, Callie shares with the TEDxCambridgeUniversity audience her experience of ‘unschooling’. Different to ‘home-schooling’, Callie reflects upon how this new educational method and philosophy impacted upon her development. She argues that children need to be put back at the centre of their education.

John is a teacher of math and a homeschooling parent who offers a radical-sounding proposal: that we cease to require math instruction in middle and high school.

This week is Banned Books week!

This week is Banned Books week!. Locally, the Library is celebrating. In fact, that is why I am...
Read More